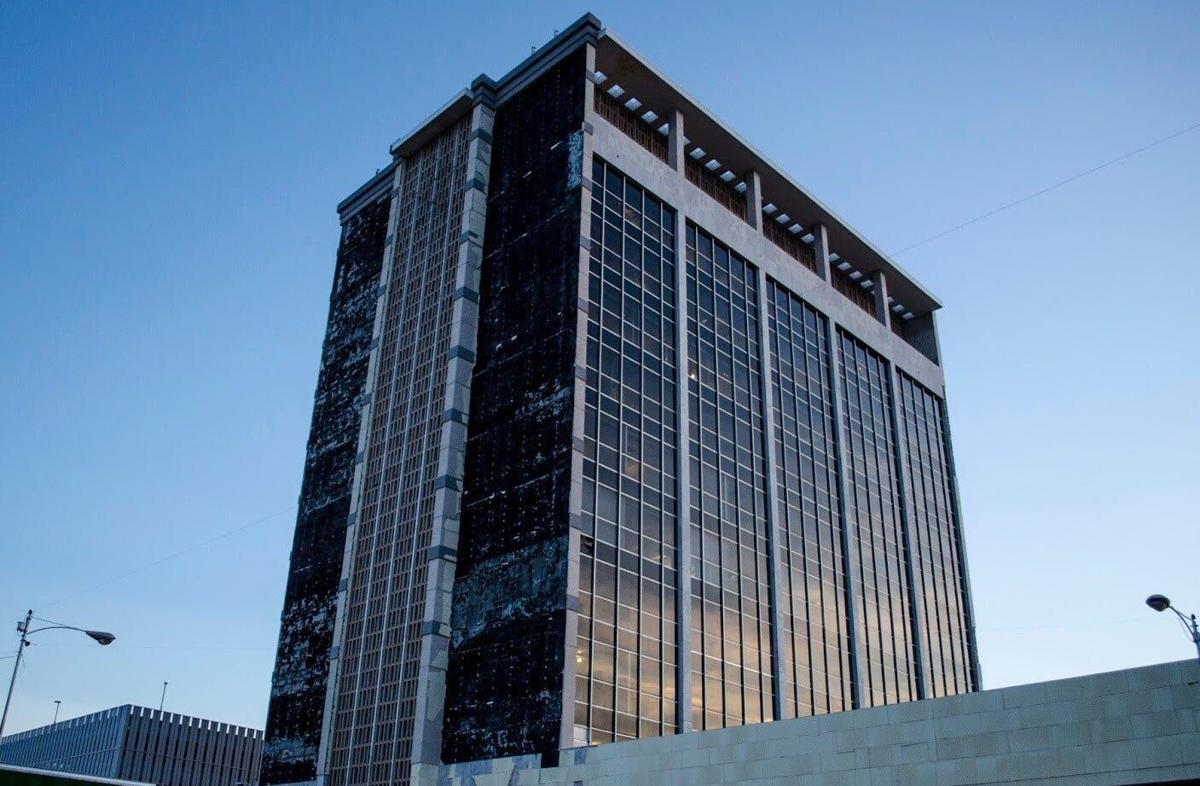 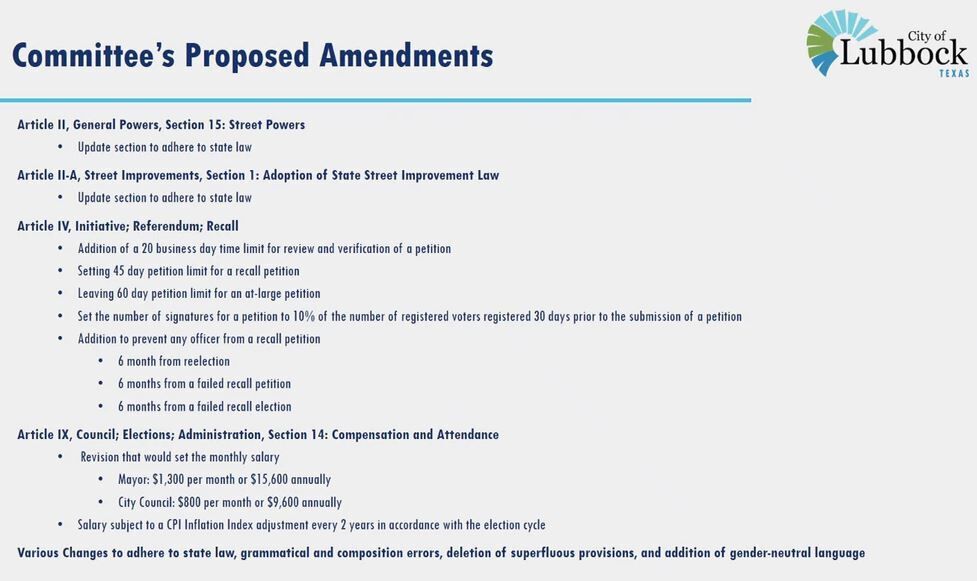 LUBBOCK, Texas (KCBD) - After months of meetings a committee has finally made its recommendations to city leaders on how to modernize the city’s charter.

The governing document has hardly been updated since the 1920s.

“All the recommendations that we made to city council were supported by a 7-0 vote from our charter review committee,” chairman James Arnold explained.

Since mid-March, Arnold and six other council-appointed members have worked to come up with at least four amendment changes for the city charter.

On the list, an increase for mayor and council pay. A major point of contention throughout the last few months.

Though some advocates pushed for a living wage, the committee settled on more moderate numbers. Accounting for inflation, population and type of government.

“Our committee felt like service on city council and service as mayor is more of a public service rather than a career or a full time position or a position that needs to be compensated like it’s a job,” Arnold said.

To keep pay updated, it would be adjusted every two years for inflation.

Another major change endorsed is the city’s referendum process.

It most recently used to put the “Sanctuary City for the Unborn” ordinance on May’s ballot after council unanimously voted against it.

The committee advised council to standardized amount of signatures required from 25%o f the turnout from the previous municipal election to 10% of the number of registered voters 30 days prior to the petition’s submission.

“Really, what we were trying to do was provide some consistency for citizens that want to go through a process of petitioning or referendum, recall, those kinds of things,” Arnold said.

Due to COVID delays, the last municipal election scheduled for May 2020 was delayed until November 2020 during the presidential election, which usually sees a much higher turnout.

If the charter were to remain as is, future petitions of the city would require a much higher number of signatures to follow the law as written.

Also included in the committee’s suggestions are some clean-up items for the century old document. Such as spelling fixes, deleting irrelevant amendments and updating others to be in accordance with state law.

“Our work is done we pass it to the city council they’ll debate it.... and then they’ll choose what to do with it, ” Arnold said.

City Council can choose to adopt some or all of the proposal. Or no action can be taken, as seen the last time the city underwent a charter review process.

Any changes adopted by City Council will go to a vote on November’s ballot.

Sorry, there are no recent results for popular images.