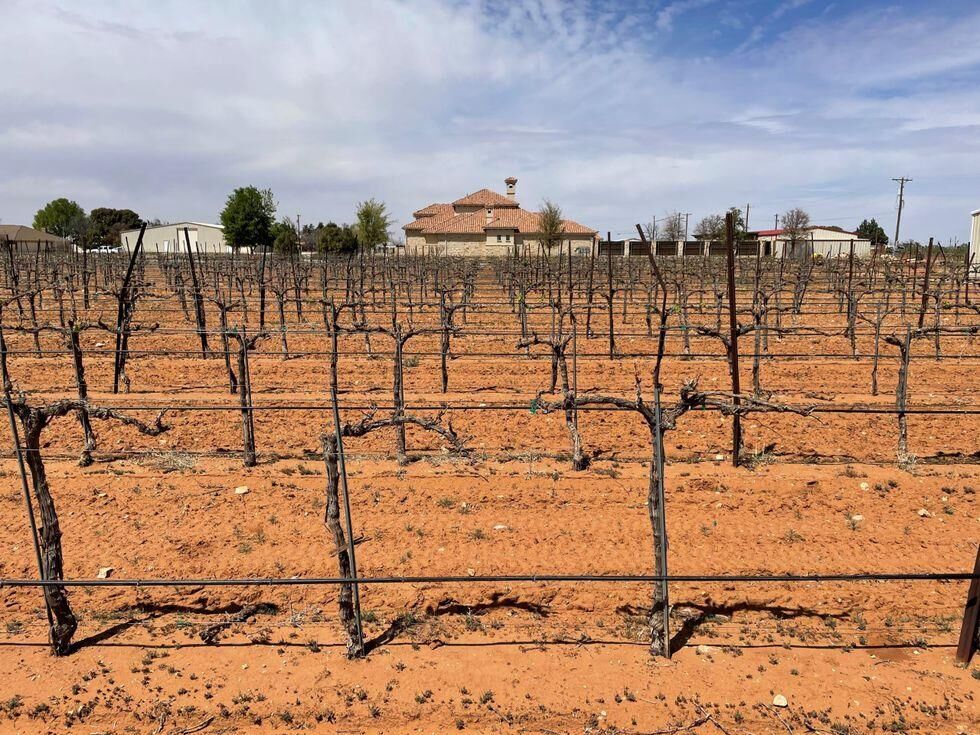 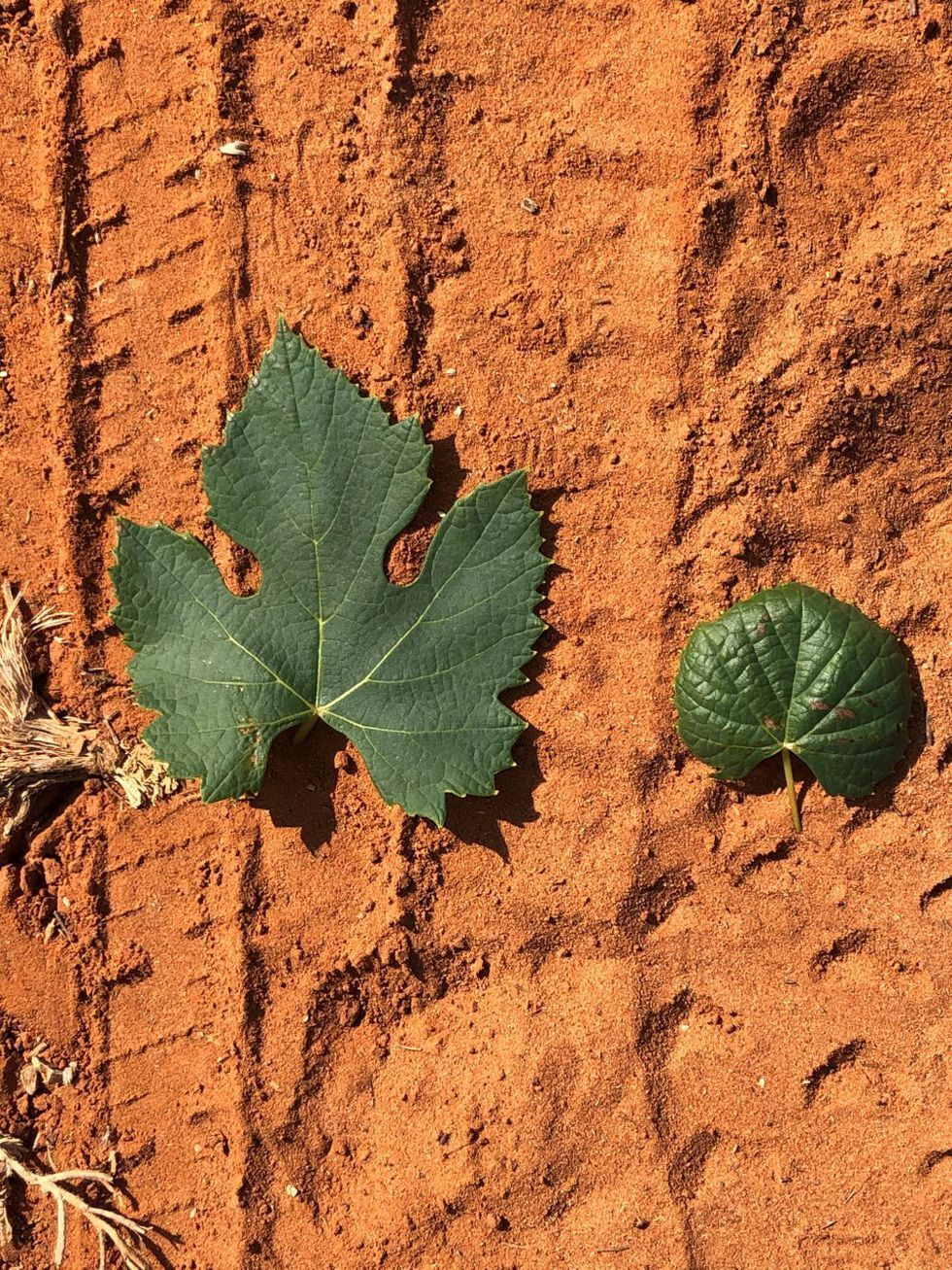 A photo shows a normal grape leaf (left) versus one claimed to be affected by the herbicide Dicamba. (Courtesy: Ted Liggett)

“This is a horror story,” Neal Newsom said. “This is my way of life. I was literally sick, you know, I couldn’t believe that this was really happening.”

Newsom is a pioneer of the industry, having planted his first seeds in 1986.

But his pride and joy is now turning sour with piles of dead grapevines across his Yoakum County vineyard, in just the last five years.

Grape plants should last at least 75 to 100 years, but he has replaced 10,000 this season. And that is just a fraction of what he has lost.

He blames an herbicide called Dicamba.

“It cups the leaves, which is very distinctive for dicamba. That cuts down on the photosynthesis area of the plant. You can’t mature fruit properly,” he said.

Newsom is part of a half a million dollar lawsuit with 56 other Texas grape growers.

It accuses the company Monsanto of selling the herbicide, along with genetically modified crops that are resistant, to cotton and soybean farmers knowing the harm it could bring to sensitive crops like grapevines.

Though most of the growers affected are in our area, the lawsuit is filed in Jefferson County, where the herbicide is made.

“If something like this happened in Napa Valley, California there would be a lynch mob, there would be a riot. They wouldn’t get away with it for 2 minutes and it’s been going on here for years, " he said.

The lawsuit claims heat vaporizes the herbicide, spreading it for miles from where it was used originally.

He says records show the company anticipated the product would cost millions in future lawsuits, years before it was sold in the South Plains.

“They had a budget set up for defense of these claims. They didn’t care, because they knew they were going to make billions of dollars,” Liggett said.

A spokesperson for Bayer, which acquired Monsanto in 2018, said in a statement:

“We have great sympathy for any grower who suffers a crop loss, but there are many possible reasons why crop losses might occur including extreme winter weather conditions that can have particularly devastating effects on perennial crops like vineyards. While Bayer has not been served with the Texas lawsuit, we stand strongly behind the safety and utility of our XtendiMax™ herbicide and will continue to defend this technology. The EPA has comprehensively evaluated XtendiMax™ and determined it does not pose any unreasonable risks of off-target movement when used according to label directions.”

Liggett says they will not be backing down even if it takes years.

“They have to stop using this product in this area or they’re going to wipe out the grape industry. They know it and they knew it and they need to pay for it,” he said.

“I’m looking at the end of the road if something doesn’t change, quickly,” Newsom said.

The growers have attempted to settle out of court over the last year, but have been unable to reach a compromise.

Sorry, there are no recent results for popular images.